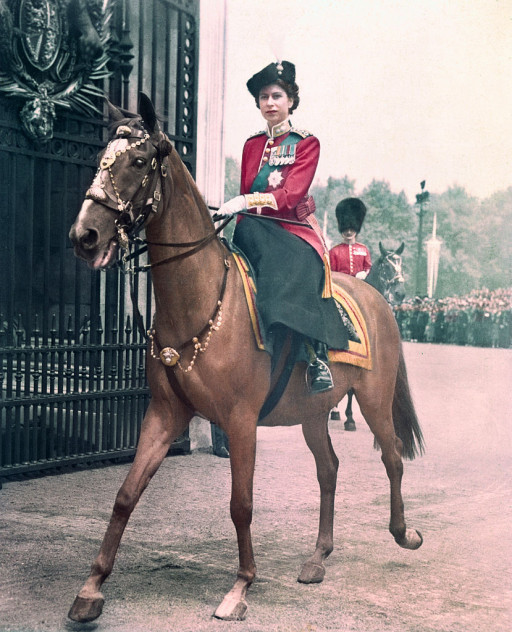 
U.S. Polo Assn., the official brand of the United States Polo Association (USPA), in conjunction with the USPA and its licensing partner in the United Kingdom, Brand Machine Group (BMG), offer our deepest condolences to the entire Royal Family on the tremendous loss of Her Majesty Queen Elizabeth II.

Her Majesty The Queen lived a life of extraordinary public service and has been an iconic and illuminating figure not just in the United Kingdom but around the world. She will be remembered globally with great affection and respect for her sense of duty and commitment to her role for more than 70 years.

"U.S. Polo Assn. has been extremely fortunate to have worked with The Palace in supporting the Royal Family with their philanthropic efforts over the years," said J. Michael Prince, President and CEO of USPA Global Licensing. "Partnering with both The Duke of Cambridge, HRH Prince William and The Duke of Sussex, Prince Harry to carry on the Queen's philanthropic legacy through the spirit of polo has been, and will continue to be an honor and a privilege."

The sport of polo has been part of the Royal Family's history dating back many generations.

"The USPA is saddened to learn of the passing of Her Majesty Queen Elizabeth II and we extend our most sincere condolences to The Royal Family," notes Stewart Armstrong, Chairman of the United States Polo Association (USPA). "Her Majesty's impact is both far reaching and immense. It has always been an honor to partner with The Palace on its philanthropic mission, through polo tournaments in the U.K. and the U.S., which benefit so many deserving charities."

Her Majesty Queen Elizabeth II was just 25 years old when she inherited the throne. She was 27 when she had her coronation ceremony, with 27 million people tuning in to the momentous occasion just in the U.K.

"Alongside the people of the U.K. and the Commonwealth, Brand Machine Group mourns the death of Her Majesty The Queen," added Boo Jalil, CEO of U.K.-based Brand Machine Group (BMG). "Her leadership and sacrifice to duty has been unprecedented, and we thank her for her more than 70 years of service to our country."

Original Source: U.S. Polo Assn. Mourns the Loss of Her Majesty Queen Elizabeth II and Extends Its Sincere Condolences to the Royal Family

Purple Foxy - September 23, 2022
Previous articleLouis J McNerney’s new Audiobook ‘In Lou of Going Out: A Collection of Recipes from Family and Friends’ is a collection of recipes to make and share with loves ones
Next articleAnnual Solution Focused School Conference to Focus on Creating Safer Schools Without Focusing on Security