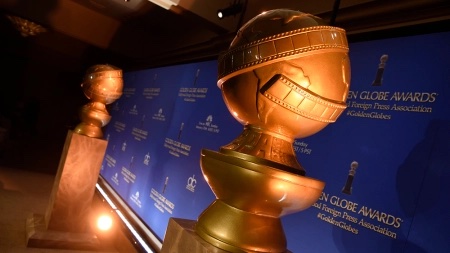 The HFPA, which hands out the Golden Globe Awards, has been under fire for months, following an initial expos by the Los Angeles Times about both the small, insular organizations questionable financial practices, as well as a paltry record of diversity and representation (including an entire lack of Black members).

NBC announced today it will not air the Golden Globes in 2022, the network said in a statement. Due to the fact that both NBC and The HFPA are broadcast partners and they have yet to enact the changes demanded by the industry leaders regarding the organization’s membership and processes, it is unclear how they will move forward next year.

In a statement made by NBC: We continue to believe that the HFPA is committed to meaningful reform-. However, change of this magnitude takes time and work, and we feel strongly that the HFPA needs time to do it right. As such, NBC will not air the 2022 Golden Globes. Assuming the organization executes on its plan, we are hopeful we will be in a position to air the show in January 2023.

The HFPA released a plan for reform last week that includes measures to increase the number of people of color in its ranks. The particular plan that was approved on Thursday also includes new restrictions on gifts that the members could receive and payments for work on their committees.

NBC execs have been asking the HFPA for a calendar, but to date, the HFPA still has not presented the network with the calendar, it became clear there couldnt be a show in 2022.

In addition to the calendar delay, Netflix, Amazon, and WarnerMedia, who are all major players in the awards arena revealed that they were boycotting the Globes and the HFPA until they could be assured that real change is coming to the HFPA. This was a major hurdle that NBC could not overcome and deciding that a 2022 Golden Globes would be unrealistic.

This announcement seems as though the relationship between NBC, Dick Clark Productions, and the HFPA could come to an end. But because NBC signed a new broadcast license deal with the HFPA to air the Globes in 2018 at $60 million, believed to be triple the previous licensing fee, there are reports that it will now be up to lawyers to determine the status.

Report: 50% of Amazon Sellers Will Expand to New E-Commerce Platforms and Global Markets in 2023