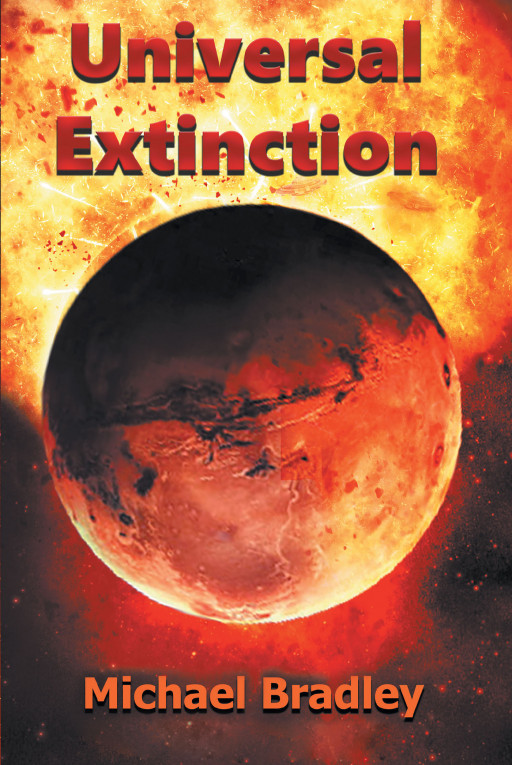 Fulton Books author Michael Bradley, a retired Naval airman and college professor, has completed his most recent book "Universal Extinction": a captivating tale that centers around an ancient stone that radiates unimaginable power, and the one man who must learn to control it to ultimately save humanity.

"Many years ago, Navy airman Durell Dykstra stumbled across a strange stone hidden in the thick brush beside an abandoned military runway in Africa," writes Bradley. "Not knowing the power the stone possessed, he put it with the other artifacts he had collected throughout his years of service.

"Long after his retirement from the military, Durell retrieved the stone from its resting place, seemingly directed by an unknown entity. When he saw that the stone was capable of exhibiting tremendous power, he decided to utilize it to power a spacecraft which would mistakenly take him across the universe. There he would meet Atina, his partner in a future which could lead to the destruction of the known universe.

"Controlling the power he had stumbled across proved to be almost impossible. Atina and Durell will chart a course that will lead them to the final battle for control of the entire universe. But the betrayal by some who were close to them both could tip the scales in favor of their enemies.

"Will a union between Durell and Atina lead to stability in the universe or destroy all humankind?"

Published by Fulton Books, Michael Bradley's book will transport readers to strange new worlds full of unique characters that practically come to life within the pages of "Universal Extinction." Powerful and exciting, readers will find themselves spellbound by Bradley's writings, desperate for more with each turn of the page.

Readers who wish to experience this stunning work can purchase "Universal Extinction" at bookstores everywhere, or online at the Apple iTunes Store, Amazon, Google Play, or Barnes & Noble.

Original Source: Michael Bradley's New Book 'Universal Extinction' follows the interstellar travels of a retired Navy airman who must utilize a great power to save all of humanity

Purple Foxy - December 2, 2022
Previous articleDavid E. Nettles’ New Book ‘The Carmichael Experiment’ Follows the Bizarre Events a Young Lieutenant Experiences After Partaking in an Unknown Experiment
Next articleGeorgette Farren’s New Book ‘Piper and the Letter P’ is an adorable tale that follows a young girl and her favorite letter of the alphabet