Donna A. Bennett’s New Book ‘Orb Spiders Are Summoned for Protection in Waterfall Bay’ is an Amusing Science Fiction That Invites Readers to the World of Amazonika 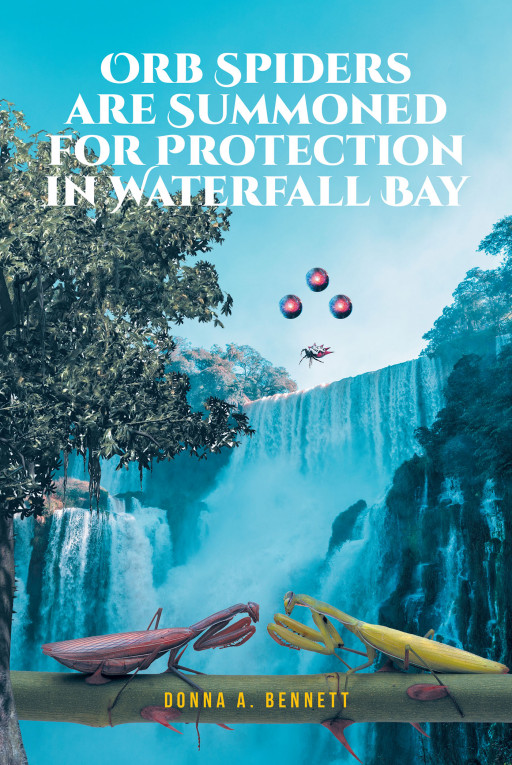 
Fulton Books author Donna A. Bennett, a newly-published author, has completed her most recent book "Orb Spiders Are Summoned for Protection in Waterfall Bay": an interesting adventure novel about a little girl who found herself transported into the book she was reading. Waterfall Bay is a beautiful piece of paradise located on the planet Amazonika. Unbeknownst to the little girl, the world she has slipped into will reunite her with her lost grandmother. She also found herself creating beautiful friendships throughout her journey. But in every good thing, there's always some bad things happening. Together with her newfound friends, Lezah is off to protect the realm from an evil tyrant and shape-shifter who's determined to ruin their world.

Bennett shares, "When nine-year-old Lezah moves with her mother to the town of Rambling Woods, her life changes forever—longing for adventure she explores her new surroundings, including the town library. As Lezah reads the book, she is transported to a mystical rain forest called Waterfall Bay where she quickly meets new friends.

There lived a wise water lily named Hazel. Being of sound mind and strong constitution as a human being, she mastered the ability to transform herself into a more-than-average-sized water lily. Her secret life in Waterfall Bay was unknown.

Waterfall Bay was a tropical rain forest on planet Amazonika's southern hemisphere. Having a love for butterflies and their many species, Hazel has to come to terms with confronting a lost Queen Alexandra's birdwing butterfly named Maya, who wants to take on the human form of a little girl. Maya has an amazing spirit and finds love, family, and friends added to her own family that she thought she lost but later were found.

Lezah's mother in the story, Zora, finds herself in a place she never thought existed when she discovers the library book found by her daughter and what lies inside. Finally, they all encounter their own unique abilities as changes were made in their lives.

War takes place in the rainforest; they must find a way to protect themselves and the fate of a new world that's coming. They face distractions made by Jeebu—an evil tyrant and shape-shifter who set out to take the orbs from the cities and their planets, leaving them helpless and weak. The orbs are the main power source for their planets.

The orb spiders are all around as they enforce protection in the rainforest of Waterfall Bay. Not only was there a war taking place, but there's also a lost amulet wrapped in an indigenous African textile made of interwoven cloth with strips of silk and cotton, which had been stolen from a place called Peaceful Trees."

Published by Fulton Books, Donna A. Bennett's book is a deeply absorbing tale with great world-building and interesting characters. It's a combination of fantasy and science fiction. It also has great subplots and well-written resolutions.

The read is rich in adventure, inspiring relationships, and valuable life lessons.

Readers who wish to experience this gripping work can purchase "Orb Spiders Are Summoned for Protection in Waterfall Bay" at bookstores everywhere, or online at the Apple iTunes store, Amazon, Google Play or Barnes & Noble.

Original Source: Donna A. Bennett's New Book 'Orb Spiders Are Summoned for Protection in Waterfall Bay' is an Amusing Science Fiction That Invites Readers to the World of Amazonika

Purple Foxy - September 23, 2022
Previous articleCooper Schaar’s New Book ‘Dug’ Embarks on a Gripping Saga Infused With Magic, Threat, and an Adventure
Next articleBrenda Mackall’s New Book ‘Innocence Stolen but Faith Restored by the Power of God’ Reaches to the Broken With a Powerful Testimony of the Lord’s Saving Grace