Author Karl A. Peterson Announces Release of New Book, ‘Journey to the Prize’ 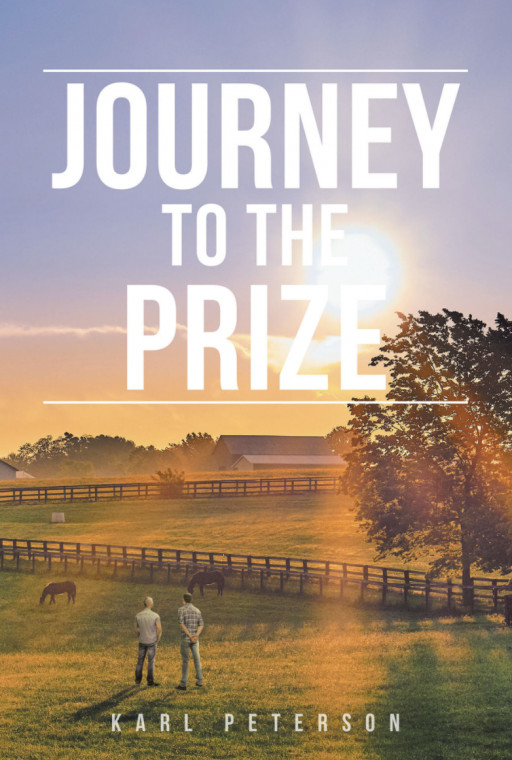 Journey To The Prize
Book Cover


Karl A. Peterson, co-author of "Lancaster, California Through Time" and long-time New Jersey resident, has announced the release of his first book, "Journey to the Prize." Based in Nazi Germany in 1933, the story follows the journey of Manny Guzman and his best friend Alex, two young men who embark on a daring mission to help Alex's cousin, Alois.

Amid Nazi reign, Alois is forced to work on a sinister project with potentially disastrous consequences if completed. In desperate need of assistance, Alois reaches out to his cousin in Paraguay with a plot to smuggle the project plans out of Germany.

Realizing the gravity of the situation, Manny and Alex leave their home country and embrace espionage, adventure, and even horse racing in their effort to rescue Alois and foil the completion of the Nazi's disturbing project.

"This time period has been covered extensively, both in works of fiction and nonfiction. In writing 'Journey to the Prize,' I focused on telling a tale that is equal parts unique and captivating," said Peterson.

"Manny, Alex, and Alois are three characters that are focused on doing good during a time at which evil was rampant. I enjoyed crafting their story and hope readers will find it as thrilling as I intended it to be."

To read the newly released book and discover the fate of the three young men, please visit Amazon to purchase "Journey to the Prize" today.

About Karl A. Peterson