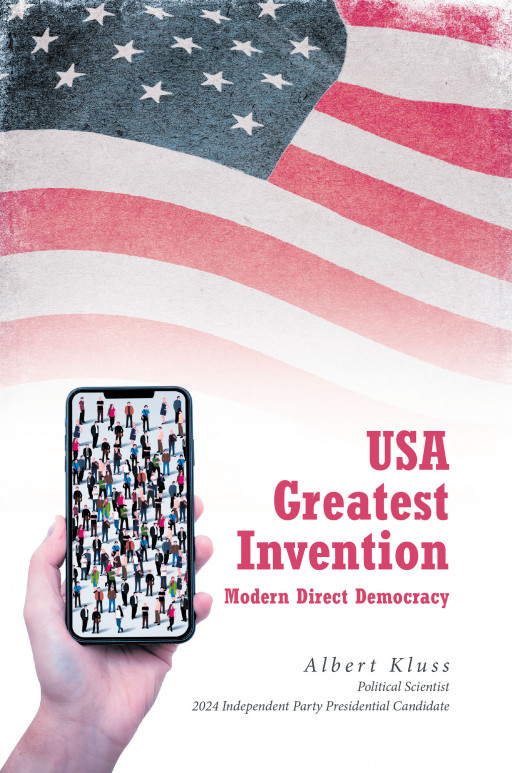 
Fulton Books author Albert Kluss, who was born in Chicago, Illinois, has completed his most recent book "U.S.A Greatest Invention Modern Direct Democracy": a gripping and potent work that shares the author's plan for a way forward for America.

Author Albert Kluss discusses his background, sharing, "I invented a new, modern independent U.S. political system, Direct Democracy, which I named the PPP system, which means People's Political Party system, where U.S. citizen voters have new citizenship duties, including the transformation of modern education and Direct Democracy, where each U.S. citizen voter replaces U.S. government Congress' work, which will now be done by U.S. voters, who are paid a yearly salary of $44,444. Each U.S. Voter will receive a check on April 30, 2025, at tax time by Direct Democracy Enterprize, which pays each voter through Modern Social Security Checks and is a yearly salary for each U.S. Citizen by 'Infused Capitalism,' which means U.S. Government & necessary businesses are created, which profit each US Citizen. For example: U.S. pharmaceutical manufacturing creates low-cost medicine & all profits through infused capitalism provide the U.S. with new self-sustained modern direct democracy, a new U.S. independent political system I invented; so each U.S. Citizen prospers & inherits their American dreams starting in 2024."

Published by Fulton Books, Albert Kluss's book provides detailed information about the thought process behind his plan and his ideas of how it could be implemented.

Readers who wish to experience this engrossing work can purchase "U.S.A Greatest Invention Modern Direct Democracy" at select bookstores, or online at the Apple iTunes store, Amazon, Google Play or Barnes and Noble.

Purple Foxy - September 23, 2022
Previous articlePete Cornia’s New Book ‘A Cowboy’s Christmas’ Tells A Lovely Fiction Of An Unfortunate-Turned-Wondrous Holiday Of A Lost Cowboy
Next articleAuthor Ken Solts’ New Book, ‘Radically Saved’, is a Faith-Based Tale of How One Man Turned His Life Around With the Help of His Faith