Toronto-Based Alt-Pop Artist Eric Punzo Releases Haunting New Video for Latest Single, ‘If I Told You That I Missed You’ 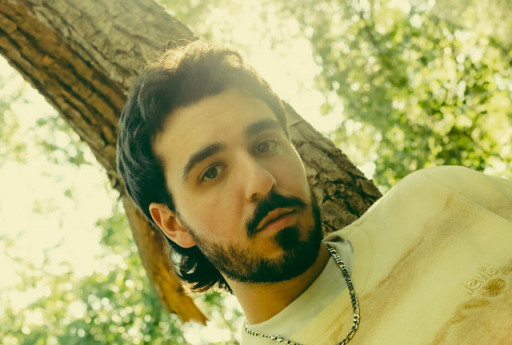 With a gritty, alt-pop sound that also incorporates hip-hop in equal measure, Toronto-based pop up-and-comer Eric Punzo brings his own brand of passionate, introspective songwriting to visual life in the video for his latest single "If I Told You That I Missed You," you today. Released via BAMO Records (in partnership with Coalition Music), "If I Told You That I Missed You" is the perfect example of the unique sound that's earned Punzo a rapidly growing following, over 4 million TikTok views, and his first sold out headlining show at Toronto's famed Rivoli. Produced by Steve Molella (award-winning Canadian rock band Finger Eleven), Punzo also co-wrote the forlorn tune - his fifth single release to-date - with Molella.

Watch the official video for "If I Told You That I Missed You" here.

"This song is about missing someone special and wondering how they'd feel if I were to tell them," Punzo said of the song. "It describes the struggles that can arise because of love and how it made me reflect back on the relationship after all the years."

"The video highlights how I journeyed through an unfamiliar territory to find this person and let them know that I miss them, just to get hurt and shut down in the end by that very person," he added, speaking on the visual. "For me, the unfamiliar territory that this village represents is the idea of 'love & romance' something that I've never been too familiar with."

Punzo has previously released four other tracks - his debut single being being the electric guitar riff-laiden "Nauseous," which has nearly 1 million streams on Spotify alone.

Managed by Toronto-based Coalition Music, Eric Punzo continues to hone his craft with producer Steve Molella (Finger Eleven), with more releases planned on Molella's label, BAMO Records. His latest release, "If I Told You That I Missed You," is the first love song he ever wrote, and a personal favourite.

Like many artists of his generation, the concept of genres doesn't seem to apply any longer when it comes to Punzo's sound. What matters most is using all of his skills to create something fresh and exciting. As he draws inspiration from a vast array of artists ranging from Mac Miller to City & Colour, expect Eric Punzo to keep finding innovative ways to bare his soul through his music.

Original Source: Toronto-Based Alt-Pop Artist Eric Punzo Releases Haunting New Video for Latest Single, 'If I Told You That I Missed You'

Purple Foxy - January 31, 2023
Previous articleOrthopaedic Medical Group of Tampa Bay Introduces Nick Sexton, M.D.
Next articleAuthor John Cheek’s New Book ‘Embarrassed to Be With Amy’ is the Story of an Interracial Couple in a Country Divided by Hate, Racism, Politics, and Religion