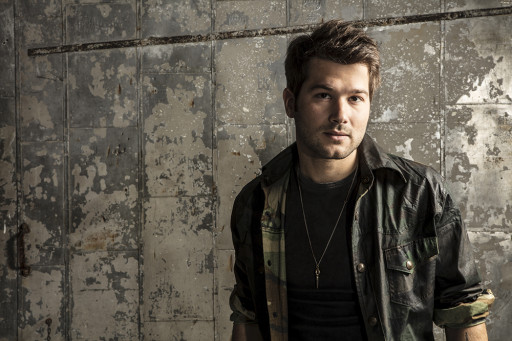 Stone Country Records up-and-comer Ben Gallaher puts imagery to his upcoming radio single in the video for his latest release "Still A Few Cowboys Left," out today. Shot and directed by Bobby Wolff, Gallaher shares the spotlight with Boots O'Neal as the visual chronicles a day in the life of the legendary cowboy. The video, which premiered yesterday (9/21) with CMT.com and CMT Music, also highlights the next generation of younger cowboys — both played by ranchers' sons — all set on a scenic Texas ranch.

"The 'Still a Few Cowboys Left' music video represents the spirit of a true cowboy," Gallaher exclusively told CMT. "This way of life is portrayed as a metaphor to highlight the character and values of a hardworking, loyal individual. This embodies the true message of the song."

Co-written by the rising star along with hit writers Neil Thrasher and Tony Martin and produced by Neil Thrasher and Patrick Thrasher, "Still A Few Cowboys Left" — which celebrates the best of humanity — highlights the honorable characteristics a traditional cowboy represents: a focus on faith, family and hard work. Taste of Country called it a "country-rocker" and mused the "song's urgent message resonates deep in 2022," while The Boot praised Gallaher's "spirited performance" in communicating "a lot of what needs to be said today" (Country Evolution).

A self-taught musician with a strong reverence for guitar masters, Ben Gallaher's songs radiate a passion for the lyric-driven country music that influenced him as a young boy listening to his parents' radio in small-town Pennsylvania. The burgeoning star's vocals exude a smoky texture reflective of the backwoods bars in which the young artist honed his unbridled stagecraft, driving to the Eastern corridor to perform each weekend while pursuing a degree in Entertainment Industry Studies at Nashville's Belmont University.

Lauded by American Songwriter magazine as "a promising young songwriter," Gallaher has also earned a fast-growing fanbase due to his commanding guitar prowess and energetic live shows while opening for the likes of Lynyrd Skynyrd, Hank Williams Jr., Blake Shelton, 3 Doors Down, and Lee Brice, and has toured the Pennsylvania State Prisons for over a decade on his annual headlining "Prison Tour."

Gallaher's latest single "Still A Few Cowboys Left" was co-written by the rising star alongside chart-topping songwriters Neil Thrasher and Tony Martin. The tune — which was co-produced by Neil Thrasher and Patrick Thrasher — highlights the honorable characteristics a traditional cowboy represents: a focus on faith, family and hard work.