Author John Roberts’ new book ‘Redemption: The Story of Bert and His Boys’ follows a father’s search for forgiveness after shielding his sons from criminal punishment

Recent release "Redemption: The Story of Bert and His Boys" from Newman Springs Publishing author John Roberts is a gripping tale that centers around the fallout of one father's actions to protect his three sons from facing the repercussions of a crime they committed. Questioning if protecting his sons was the right thing to do, Bert seeks out redemption and to become a good role model once more. 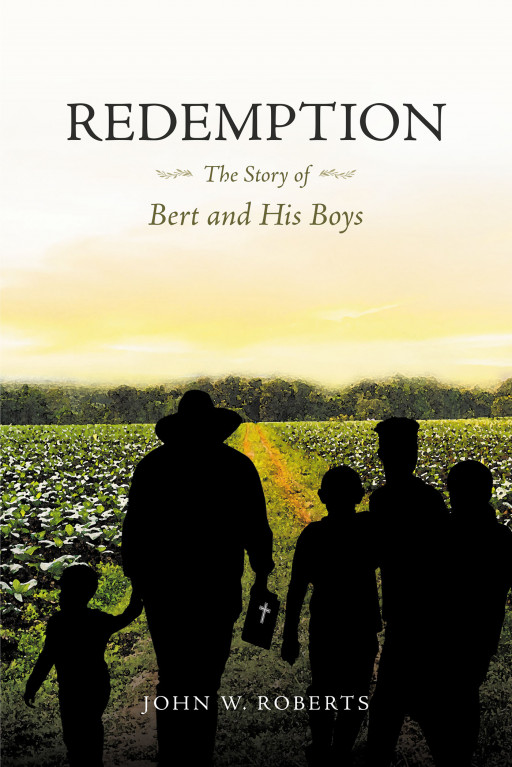 John Roberts, a retired college administrator and professor who has taught and continues to publish in the fields of literature, folklore, and African American studies, has completed his new book "Redemption: The Story of Bert and His Boys": a captivating tale that follows a sharecropper in the 1900s whose life is forever changed after making a rash decision to protect his sons from punishment for a crime they committed.

"Well into the twentieth century, slavery cast its long shadow over African American life," writes Roberts. "The creation of systemic innovations such as sharecropping, the chain gang, and Jim Crow laws provided former enslavers the means to legally restrict and/or deny people of African descent the rewards of freedom. Within the restrictions imposed by the existence of these restraints on black life, Albert 'Bert' Williams, a sharecropper living in South Carolina during the early decades of the twentieth century, struggled to carve out a meaningful life for his family. Despite his lack of material success, Bert enjoyed a reputation in his community as a good man. He was respected as a hardworking family man and revered for his efforts to instill in his children values that he believed would lead to their future prosperity in the society.

"On a fateful night in 1932, however, Bert's three teenage sons committed a criminal act that would change the course of his life. Out of concern for his sons' fate within a racist criminal justice system, Bert acted rashly to protect them from the consequences of their crime. Though performed out of love for his sons, Bert came to accept his behavior on that night as unforgivable for a good man and role model for his sons. Bert vowed to redeem himself even though he knew that his options for doing so after such a senseless act of self-betrayal would be few. But he also knew that they were out there, and he had to pursue them to achieve 'Redemption'."

Published by Newman Springs Publishing, John Roberts' enthralling novel takes readers on a thought-provoking journey as Bert grapples with the guilt over his choices despite having the best of intentions in protecting his sons. As Bert follows along on his path to redemption for his actions, readers will discover a powerful character-driven narrative woven throughout the pages of "Redemption," and an unforgettable tale that will challenge readers and remain with them long after its conclusion.

Readers who wish to experience this mesmerizing work can purchase "Redemption: The Story of Bert and His Boys" at bookstores everywhere, or online at the Apple iBooks Store, Amazon, or Barnes & Noble.

Original Source: Author John Roberts' new book 'Redemption: The Story of Bert and His Boys' follows a father's search for forgiveness after shielding his sons from criminal punishment