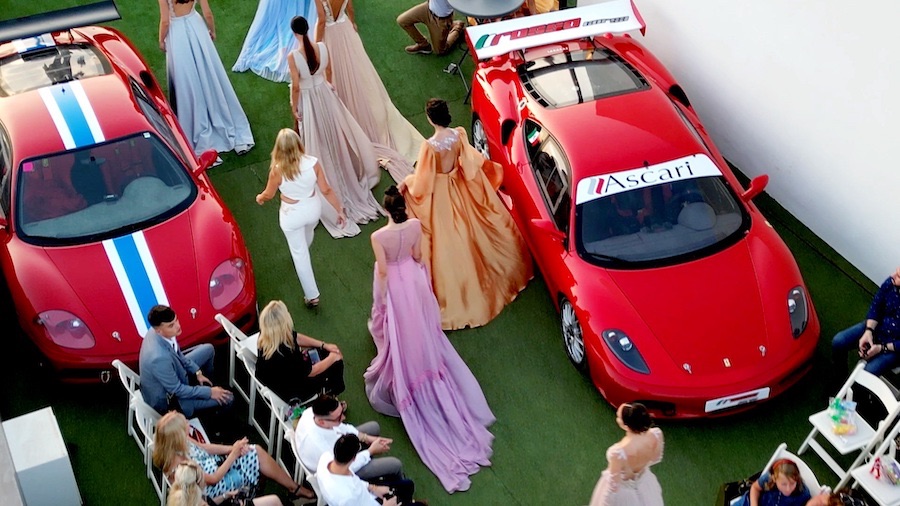 24 Fashion TV always gets the hottest tickets around the globe, one of their most recent shows was held in the exquisite home of the jet-set of Marbella. 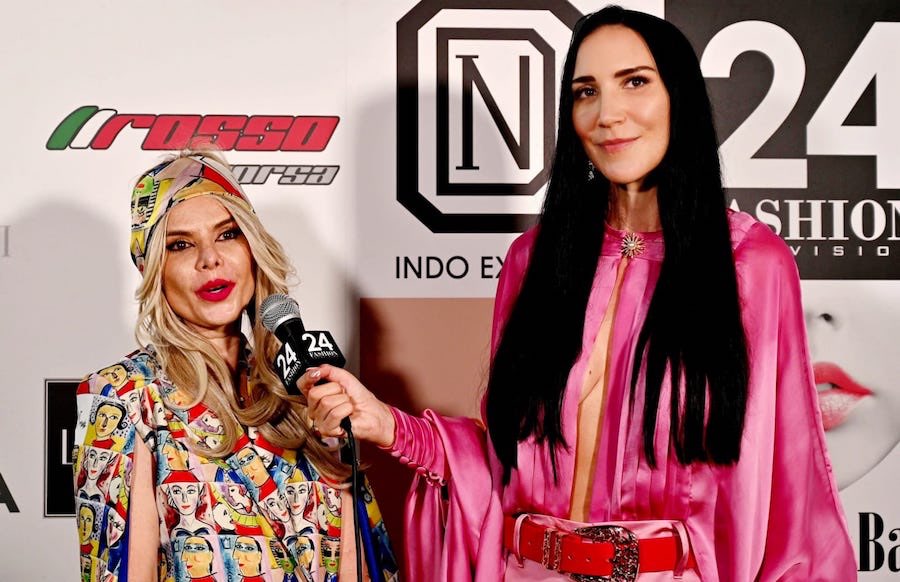 Debbie Wingham in behalf of 24Fashion TV with Clarissa Rossato

When Fashion and art merge together its always a marriage made in heaven but when you add super cars into the mix, the result can only be intoxicating. Combing luxury fashion, the skyline of Marbella and the roof top of the only independent Ferrari showroom in the whole of Europe, that houses a jaw dropping 35 million Euros worth of inventory, Rosso Corsa Marbella owned by Francesco Sena. 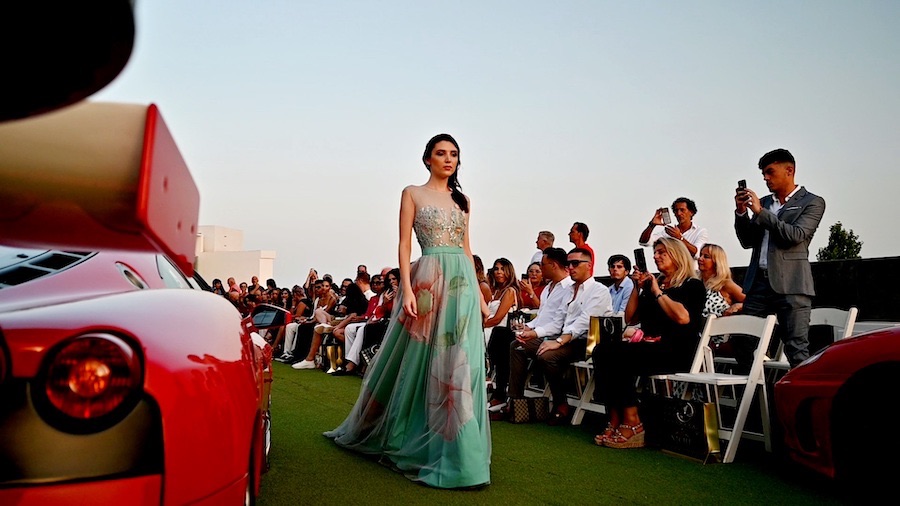 Susana Hidalgo Gown amongst a sea of Ferraris

By adding Ferraris directly on the runway and graceful models ascending from between them was a spectacle for all to see. 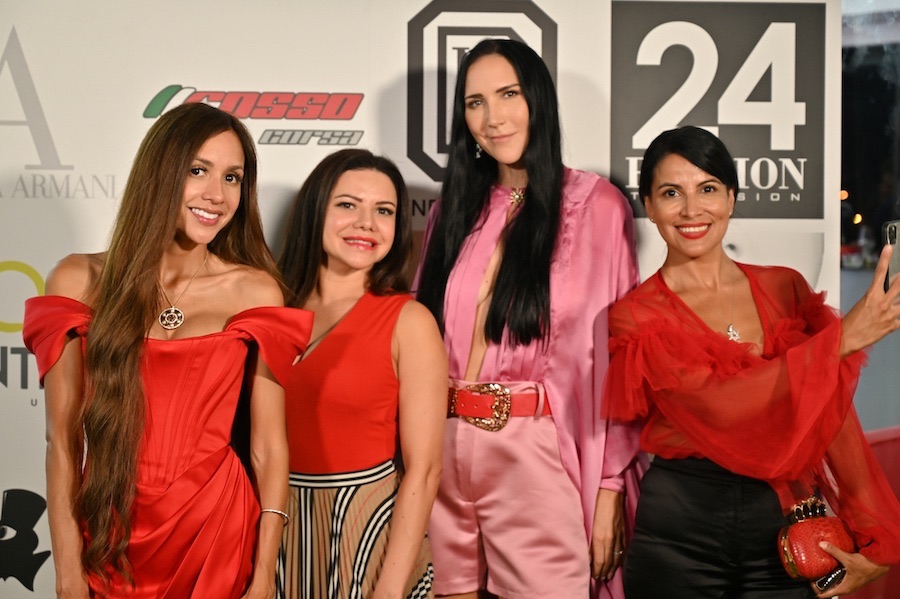 The creative director of the event, internationally recognised for her out of the box thinking within the luxury sector, Debbie Wingham decided to throw a farewell soiree since she is onto pastures new with her latest TV series The Most Expensive which is an exciting new series that will follow her on some of her crazy creations but also unveil the lives of the uber rich, a world that you can only dream of. The TV series is a Gossip Stone TV production for Amazon Fire TV, Roku TV, and Apple TV, with a household reach of 186 million. 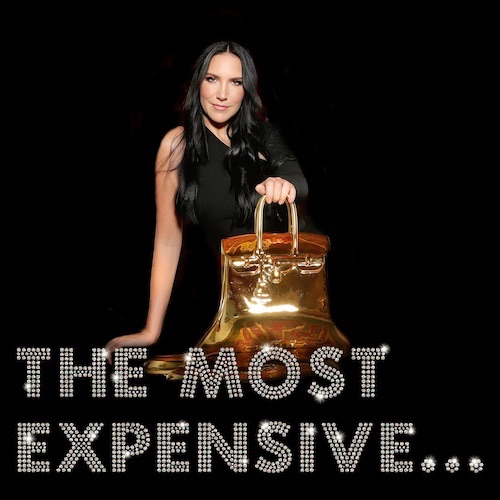 The fashion event featured a fusion of haute couture from two local Spanish designers Susana Hidalgo the Queen of contemporary bridal wear in Spain and Pepe Canela whose work is reminiscent of the silver Screen, you can visualise Betty Davis or Audrey Hepburn in every look, alongside Brazilian designer Clarissa Rossato who flew over 7,534 km to showcase amongst the biggest selection of Ferraris in the whole of Europe. 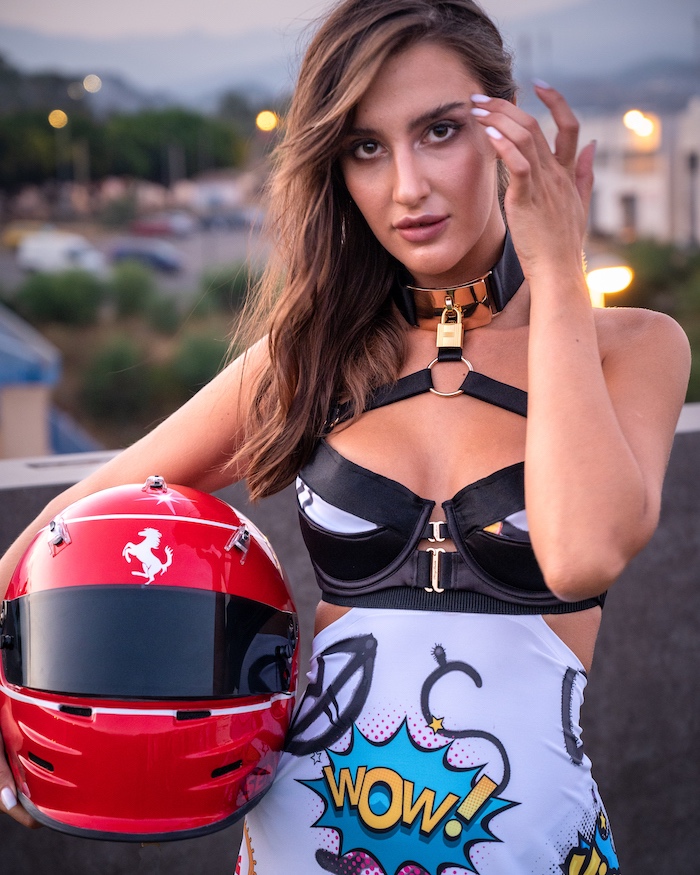 Clarissa takes inspiration from the iconic faces her famous mother Nadja Rossato creates and translates that into striking materials with innovative silhouettes. In fact, there was even Ferrari featured on the collection and some of the models were even holding a Ferrari helmet walking down the catwalk.

The runway designers paired their work with some of the most up and coming brands including The Kings which is the brainchild of Ahmed Hamdan. He fuses Fashion and functionality with a pioneering technology. The shoes are hand crafted in Italy and many of the styles are unisex offering his and her unified.

Ahmed Hamdan from The Kings, his partner Zineb Bendra and Debbie Wingham

There were two handbag designers one of which is created using old school techniques repurposing salvage materials and even dissected Louis Vuitton clothing and luggage, Tanya Pallavicini Galizia. Then the other uber luxury Indo Exotics who have built a reputation for themselves in the exotic skins market, we are talking python and crocodile skin handbags and accessories to die for. Where better to showcase Exotic skins than amongst exotic cars? There were many influencers in the audience with more than 15 million followers between them, but the true star of the show was starlet dog known as Molly The Superstar, a Swedish celebrity pooch who has been in numerous movies and TV commercials. 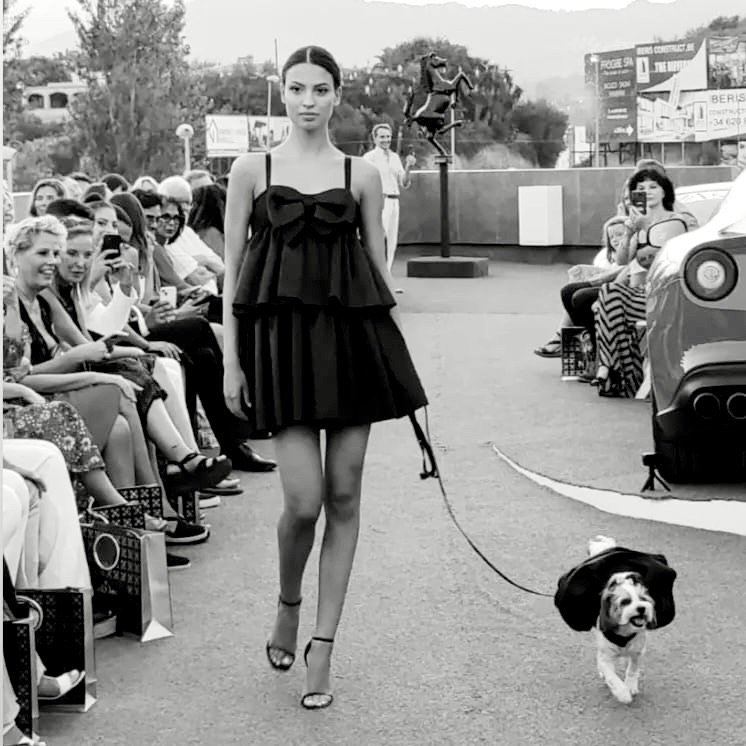 She wore an almost matching dress to that of the beautiful model she walked down the runway with, which was created by The Luxury Dog shop, also based in Sweden. Molly was in Pepe Canela segment and Pepe himself even walked the finale with the little starlet. The chosen jewellery brand Gemstonz Silver which is an hand crafted jewellery brand by Sam Oldbury a British born Marbella based jeweller creating pieces using a Balinese silver smith setting semi-precious stones including Pearls, Blue Topaz, Larimar, Green Amethyst, Citrine. 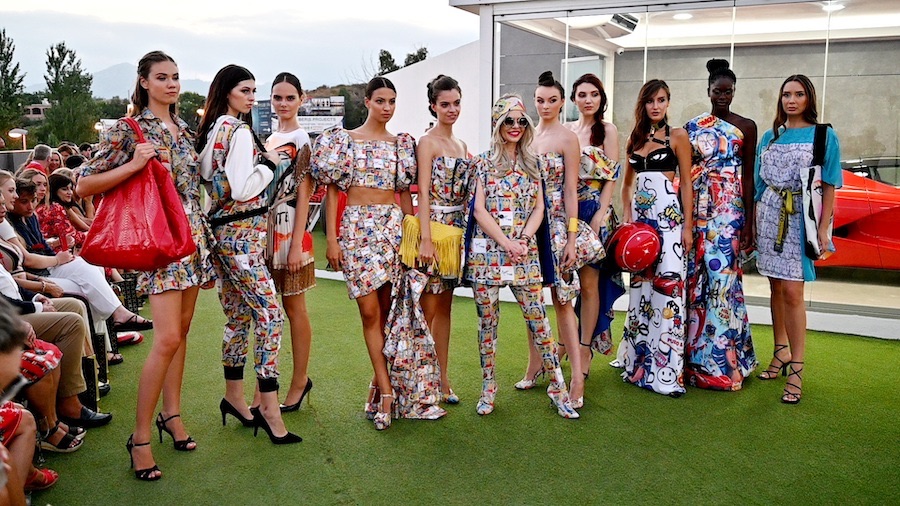 Head of creative for makeup was celebrity Mua, Kelly Jane Webb and her assistant Stephanie Maire the hair was coiffure by Monisu who have a reputation in the region as the hottest salon, catering to Marbellas elite clientele. Beauty was represented at the event by Niche Perfumerie who are the most Luxurious perfume house in the whole of Spain. Known for their long-lasting scents and breathe taking packaging. Appointed by Billionaire World a confidant of Debbie Wingham who are known for representing some of the finest luxury brands in the universe. A Ferrari inspired feast was even served up for the guests, created by Danis Catering the only catering company in the Costa Del Sol to be fully booked 6 months in advance. The food was paired with an array of beverages from Armani water keeping the Italian theme of Ferrari vibrant to 3 Kilos the vodka brand that looks like a gold bar, gold bars certainly resonate with the guests who looked a million dollars. 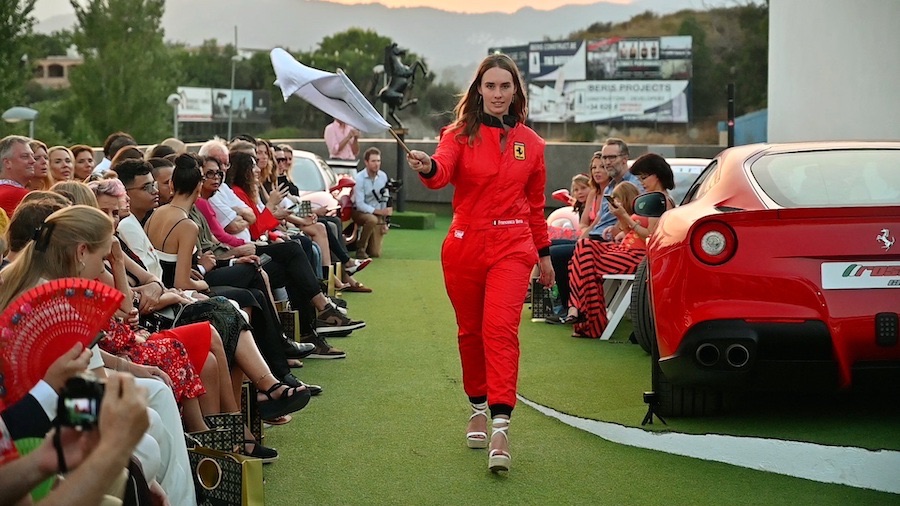 Flying the designer flag to separate each designers segment

The event embodied a racing car theme throughout between the three designers a beautiful model rocking a Ferrari racing car suit came out waving a flag with the brand of the next designer to showcase on the runway. Between these designer segments there was an interval of an electric violinist Lamaya Yoshida a very heeled musician from the region kept guests busy masking the chaos that goes on behind the scenes at any fashion event. The model agency Nueva Moda agency owned by retired supermodel Madame Jose said quote, it was so exciting to see our models walk the Ferrari runway, different to any event that we have ever done before. The luxury fashion scene of Marbella was certainly elevated by this unique event and 24 Fashion TV look forward to the next Andalusian.

Purple Foxy - February 7, 2023
Previous articleGame Changing Technologies Granted a Gaming License by the Pennsylvania Gaming Control Board
Next articleBLUETTI to Have Power Week From August 18 – August 28

Report: 50% of Amazon Sellers Will Expand to New E-Commerce Platforms and Global Markets in 2023